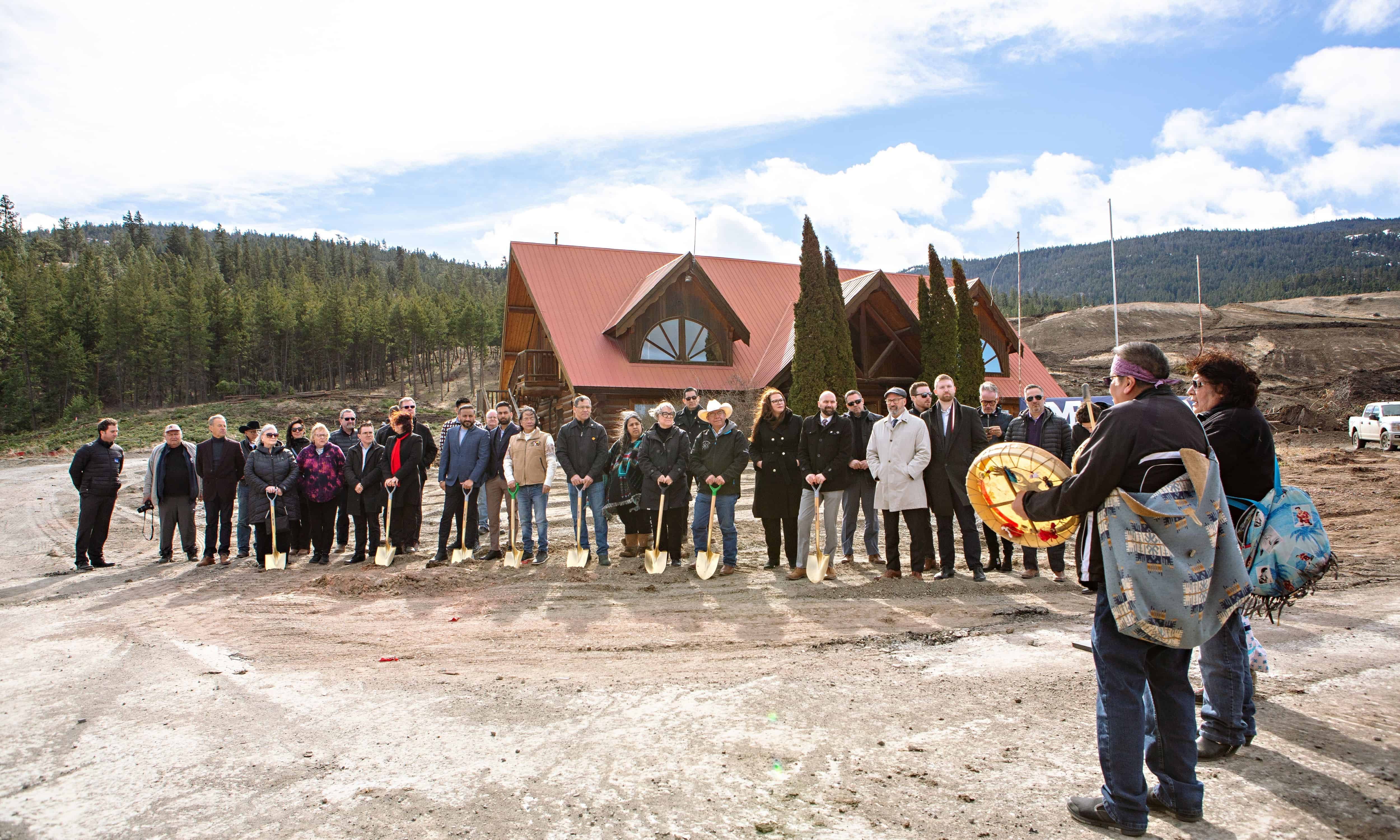 The valley communities gathered under sunny skies at the old Merritt rest stop site, to mark the beginning of the next phase of development for the long-anticipated Gateway 286project.

The land it sits on is part of Nlaka’pamux and Sylix traditional territories, part of which was developed in 2005 by the Province into what became a well-known rest stop and visitor information centre.  The rest stop was closed in 2018 before the Province transferred 11.6 hectares back to the First Nations as part of a protocol agreement focused on strengthening support for local First Nations’ economic development.

The project is described as an unprecedented example of how partnerships between First Nations, industry and government can bring meaningful, recurring financial benefits to the local First Nations’ communities.

Susan Roline, Chair and spokesperson for Spayum Holdings, the First Nations-owned development company which owns the land on behalf of the five First Nations, says that yesterday’s ground-breaking is an opportunity, after more than 2 years of Covid-related restrictions and a series of devastating natural disasters, to acknowledge the economic opportunity that the project provides and the progress that has been made so far.

“This is a celebration for Nicola Valley First Nations, who have come a long way on this project in the past five years” says Roline, adding “Although we have more to do, the sitework we see happening now shows our partner communities that this opportunity is real and it’s happening”.

Over the coming months, Roline says that Spayum will be working with the City of Merritt and their local industry partners to complete on site work, extend water and sewer lines to the property and do detailed design.

The first phase of development will include approximately 30,000 square feet of commercial retail space, along with redevelopment of the Merritt rest stop while the balance of the land transferred to Spayum Holdings in 2021 will present additional development opportunities for the Nicola Valley First Nations in future.

Rich Threlfall, president of Troika Management Corp, one of the industry partners providing development management oversight to the project adds “After a difficult couple of years, this is an exciting culmination of relationships into economic opportunity and while there is still work to do, it marks a great beginning and the sign of new growth for the area, as well as a continuation of the work of reconciliation for First Nations communities.”

A statement from B.C.’s Parliamentary Secretary for Rural and Regional Development, Roly Russell reads “Today has been made possible by the commitment and hard work of past and present Chiefs, Councilors, and partners such as the City of Merritt, who have worked hard to build community, government, and industry support. Landmark agreements like this are accomplished when people work together, build partnerships, and strengthen relationships.”

In addition to the Province’s role in returning the land to First Nations, the federal government is contributing a portion of the funding towards project development and the City of Merritt is providing permitting support and a mechanism of financing forsite servicing.